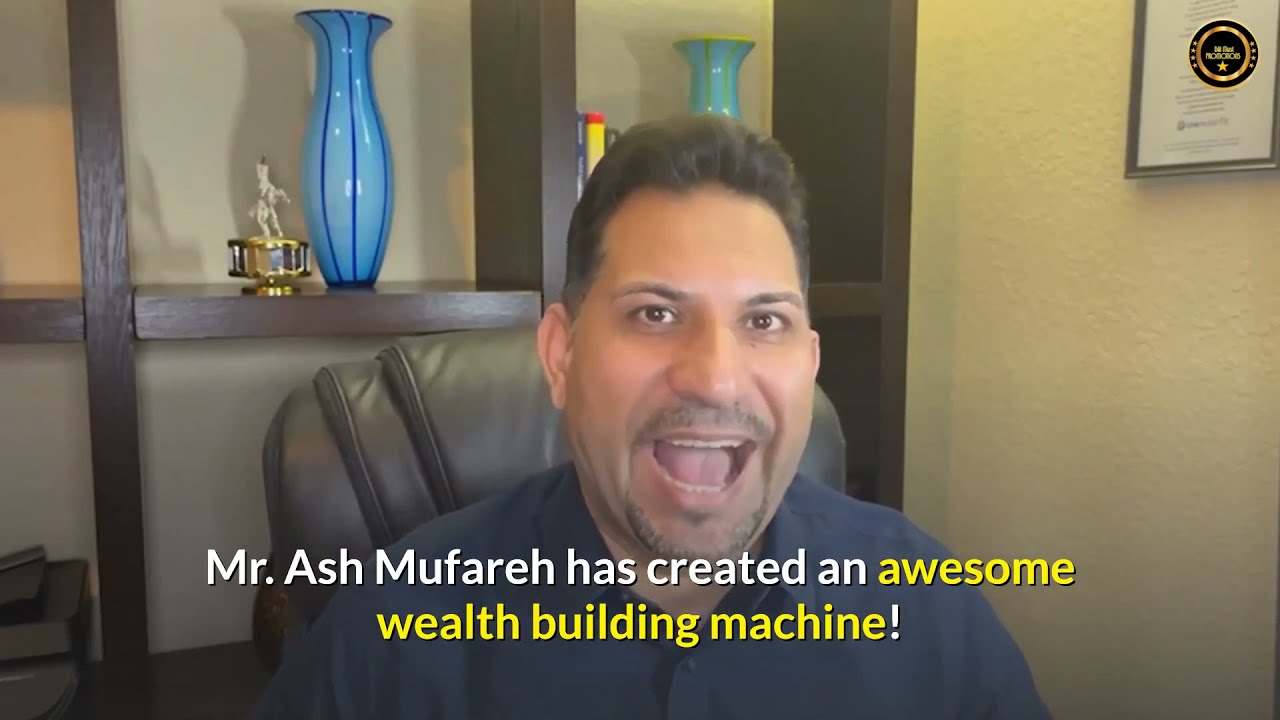 #ONPASSIVE #GoFounders #BillMust
Founders in OnPassive are in the most treasured position on the planet! Founders have, within their means, to completely change the course of history! That unique position was given to Founders by a man who loved people. Mr. Ash Mufareh has created an awesome wealth building machine! The machine is called OnPassive!! His creation of OnPassive reflects perfectly who he is. Mr. Mufareh has committed to putting love of people before love of money!! How has he done that? The creation of OnPassive has been a lifelong dream of Mr. Mufareh. Mr. Mufareh knew that if a person was going to make life better for themselves and their families, they needed something that was designed to help massive amounts of people. He knew that the space, called the Internet, would attract people looking to make life better for themselves and their families. The companies on the Internet promised success for anyone who wanted to make money with them. They promised they had systems that would make the people successful. So, people flocked to those companies by the millions! What the people learned when using those companies to improve their lives by providing incomes: The bait and switch technique. Those companies would lure them into something that at first look promising. Then the companies would try to upsell them to the next level. Normally those companies have them buy a product or a service that required a monthly fee which could be auto shipping for products on a monthly basis where they are paying each month for products. The services that promised to build their businesses for them did not work. So, the companies encourage them to call their family members to tell them about the greatest thing they had since sliced bread. Then the companies wanted their clients, to recruit because the clients needed someone to offset the expenses, incurring each month from the products, they accumulated and could not sell, that were taking up space in their garages or rooms. The companies promising to help them failed to tell them that they needed it to recruit others to be successful. So disappointed: They quit; but they had lost precious time and most importantly their hard-earned money! Sad as that is; 97% of people who use those companies on the internet and offline for products or services fail! They fail miserably! People were now looking for some company that they could trust. The vast desert of the Internet had left them high and dry! The heat that was making them thirsty and tired was relentless! The more the people struggled to find relief; the worse it got. Just when they thought there was no company that could quench that thirst for success; they noticed a figure on the horizon in the desert that resembled something that they had been trying to find. It was An Oasis! An Oasis in the heat of the desert. Yes, it was OnPassive!! OnPassive was their Oasis that is going to revive them! OnPassive is the life saver! How were they able to find OnPassive? OnPassive has been in existence about 2 1/2 years and now it is ready to explode onto the scene of the Internet!

————————–
Please ask for permission before using any content created by Bill Must Productions or any content uploaded to this channel, Thank You!