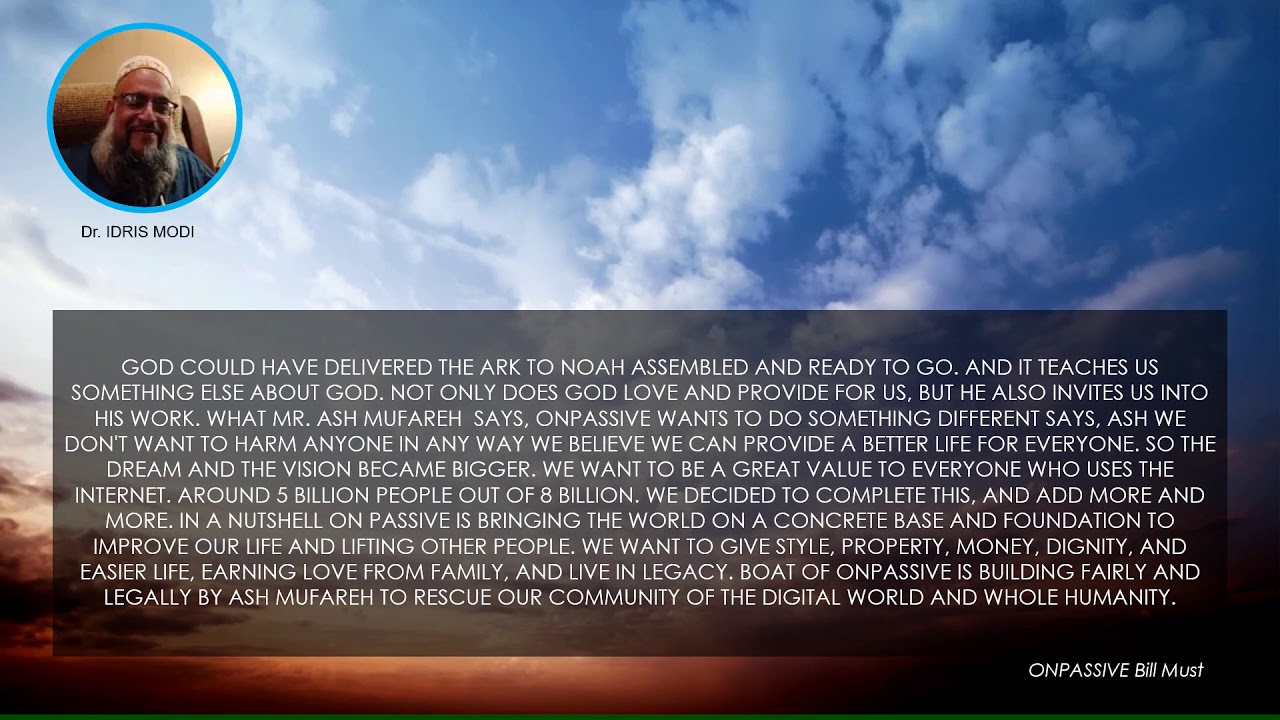 The Bible says that the time of Noah (one of the prophet of God) was a wicked time. God saw the evil thoughts of man’s heart were steering him away from God. The times were so evil that God said He would destroy man from the earth.

But then God thought about Noah. Because Noah loved God and sought to obey Him, God knew that Noah could be used to preach repentance to the people and to build an ark (a large ship) to save those who would trust God. In Genesis 6:8 the Bible says that Noah found grace in the sight of God.
Noah was a righteous man and walked with God.

*SUMMARY OF the Noah story*

God ask that Noah is to build an ark because a great flood will be coming that will happen all over the Earth, but because Noah has been so faithful, loyal and true to God. So, God decided spare him from being killed in the flood unlike all the other human beings on the Earth that were sinful, evil and greedy. Thus, God asked Noah and his family to build an ark to save their own lives and all the animals on the Earth, as they were innocent and didn’t deserve to die while God will take care of the rest.

THE BIBLICAL STORY OF NOAH’S ARK TELLS US WHEN GOD GIVES A BIG ASSIGNMENT HE PROVIDES THE RESOURCES AND WE PROVIDE FAITHFULNESS.

God could have delivered the ark to Noah assembled and ready to go. … And it teaches us something else about God. Not only does God love and provide for us, He invites us into His work.

OnPassive wants to do something different says Ash

We don’t want to harm anyone in anyway

We believe we can provide a better life for everyone. So the Dream and the Vision became bigger.

We want to be a great value to everyone who uses the Internet. Around 5 Billion people out of 8 Billion.
We decided to complete this…and add more and more.

In a nutshell onpassive is bringing the world on concrete base and foundation to improve our life and lifting other people. We want to give style, properity, Money, Dignity and easier life,Earning love from family and live in legacy.