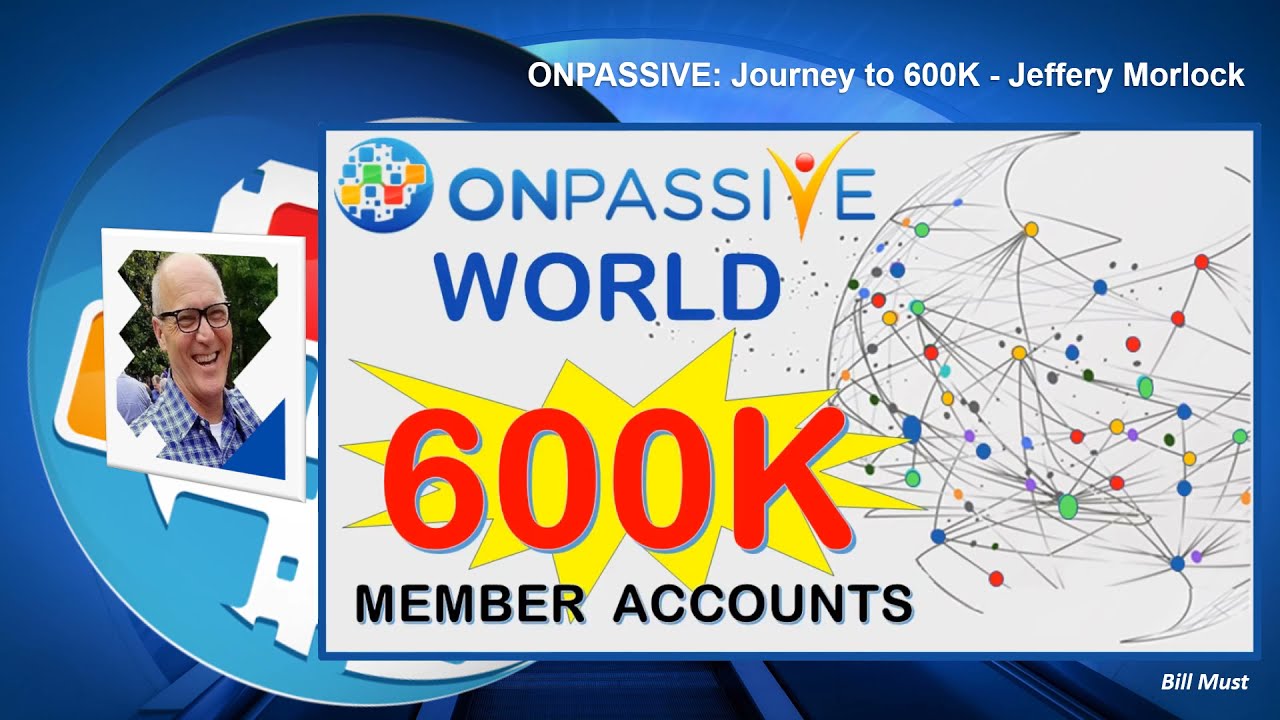 #ONPASSIVE #GoFounders #AshMufareh
Hellloooo, helllooo!
It’s a beautiful ONPASSIVE day as we continue to make history by helping hundreds of thousands make their own destiny with an AI-driven business. My name is Jeffrey and this video celebrates ONPASSIVE’s 600K Founder-Account milestone as we move towards millions of Founders and hundreds of millions… eventually billions… of customers.

It all started in 2018 when our Founder and CEO, Mr. Ash Mufareh, decided to create a digital marketing platform. The idea was to develop a way for anyone to work from anywhere and easily make a living. Since then, our growth has culminated in a 600,000 member accounts represented in 212 countries.

Fortunately for us, Mr. Mufareh has lots of experience, is highly educated, never quits, and persevered with the larger vision of developing a new business. But more than that, he was determined to do it the right way… in a clean, fresh way… so he had to first create the ideal business concept. Agonizing through hundreds of models with hundreds more criteria… that’s exactly what he did. He developed a revolutionary, new business model based on connectedness and mutual benefit and this video talks about its continuing journey.

At the very start there really was only a general plan. But even from the onset, the new business was infused with the desire, the will, and the resources to do what’s right because it’s right; a philosophy that would later become known and loved as “AI with Heart! And so, the new business model was born and shared with a few of Mr. Mufareh’s friends and family; needless to say, they loved it. As work to create a simple path that others could travel to be a part of the journey started, so also started the paradigm shift that is ONPASSIVE.

Mr. Mufareh hired employees to create the ONPASSIVE team as part of his new company shortly thereafter. That simple path others could use to join the journey became known as the Founders position. And Mr. Mufareh’s new team, which would be the start of an It Hub based in Kolkata, West Bengal, India, was formed. One of the first things that team did was to automate GoFounders, which could then be used as a marketing tool and allowed Founders to invite other Founders.

This had been going on for a couple months but solidified in December 2018 with a welcome message to Founders in the back office. GoFounders is the platform Founders use to market ONPASSIVE and to stay in touch with each other as well as the company. It’s a Founder benefit that uses cooperative efforts of its members and exists for the mutual benefit of all.

The Founders Position through GoFounders is the only feature currently available from ONPASSIVE and is only available in pre-launch. It has a one-time price of $97.00 associated with it to ensure affordability and allows the Founder an inside seat to everything going on, to attend the Private webinars, to pre-build networks, and much more. When we enter beta, which we’ll mention later, the price for the founder’s position will increase.

By the end of 2018, we experienced a gain in membership greater than anybody expected. Moving into 2019, as the Founder-ship quickly ascended into double digit thousands, the budget was substantially increased to take advantage of the unexpected momentum. That momentum gave us the confidence to take on the greater vision of forming a complete suite of telecommunications, and generally anything involved in communication or any systems that help transmit information. That’s when things really started moving as witnessed by the birth and development of some spectacular ideas during that time. As our product-base grew, and development of new, digital products emerged, the Founder-growth kept steady momentum. By the middle of July 2019 there were more than 30k Founder accounts.