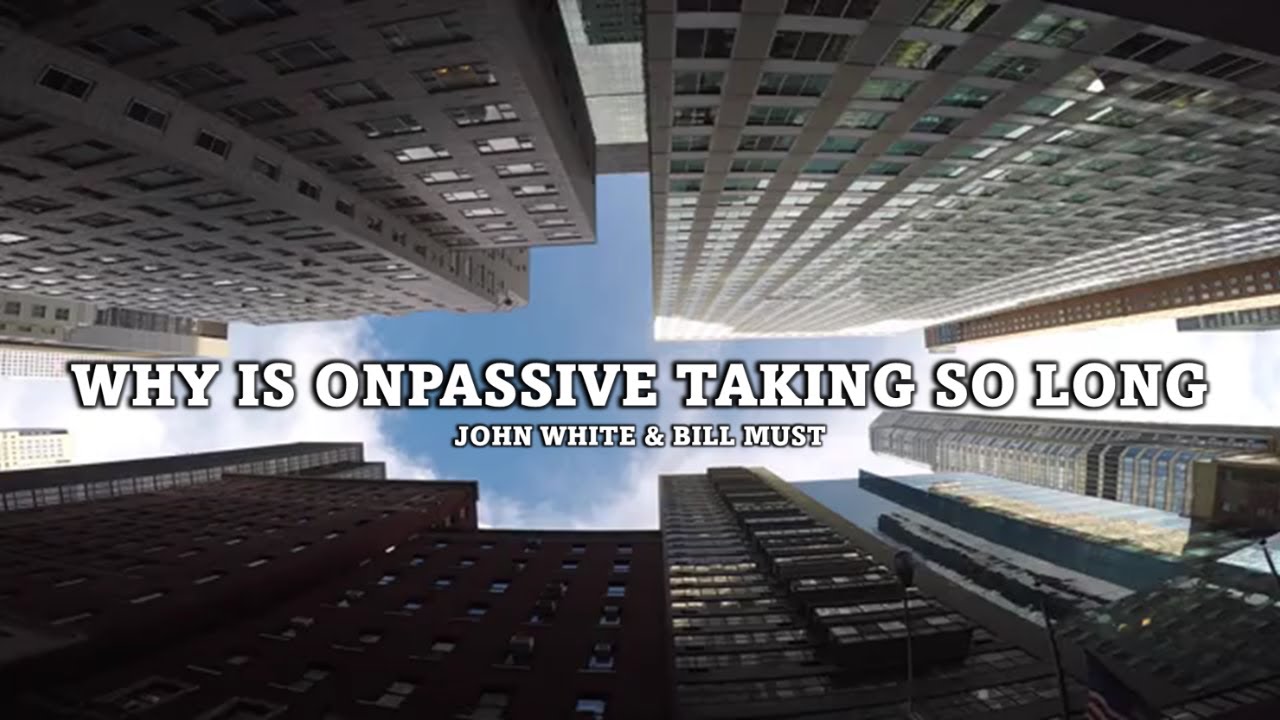 WHY IS ONPASSIVE TAKING SO LONG – JOHN WHITE & BILL MUST

#ONPASSIVE #GoFounders #BillMust
Dear founders in ONPASSIVE! we are a part of something that is revolutionary! ONPASSIVE is primed to be an industry that is going to completely change how to run a business on the Internet. Remember when the world was introduced to this thing called the Internet? The dawning of the Internet completely changed the course of history of doing business! How long did it take for it to become a reality? It started in 1969 and it took 14 years to refined it to where it was introduced to the world. The Internet created a whole new industry. It was the beginning of the new age technology. It created what is known as online. That term was unheard of before the Internet. Now it is common to hear the phrase used. The Internet speeded up the movement of goods and services. Any company not using the Internet went out of business! There is something being refined that will create a bigger Impact on how goods and services will be handled. That monumental change the way business will be done is called OnPASSIVE! Yes, OnPASSIVE will be looked upon with awe just like the Internet! If you notice I didn’t call ONPASSIVE a company. ONPASSIVE is creating a new industry! ONPASSIVE; created by Mr. Ash Mufareh started on July 2018. It has been 3 1/2 years in the making. That my friends is a record for such a massive undertaking! We cannot equate ONPASSIVE to anything that is come to the Internet! What Mr Mufareh and his technical team are doing is unprecedented! ONPASSIVE is not your run of the mill online supplier of digital products! It is much more than that ! It is a complete online solution for businesses now using products on the Internet! Businesses that will not use OnPassive’s products; will be forced to use them. For the same reason companies who didn’t use the Internet had to start using the Internet to stay in business! ONPASSIVE is a provider of their own unique digital products! Each can be a standalone company ! OnPASSIVE is creating industries with its platforms! Because of this enormous project: Mr. Mufareh and his staff are making sure that when ONPASSIVE is ready to be launched to the world, everything will be in place and functioning flawlessly! Friends 3 1/2 years are not a long time to wait until OnPASSIVE is fully loaded and ready to open to the world. We really cannot comprehend just how huge ONPASSIVE is! Think in terms of comparing ONPASSIVE to the Internet: As the Internet has been an industry all to itself; OnPASSIVE will also be! All companies on the Internet are riding the coattails of the Internet! ONPASSIVE is creating its own coattail: and ONPASSIVE with carry many of its on its coattail! Just be patient! We are where we should be! ONPASSIVE as ahead of its timeline! If you can see it: then you know we are there! We are soooo in it to win it! Thank you, Mr. Ash Mufareh and family and the technical staff that you have employed!!
————————–
Please ask for permission before using any content created by Bill Must Productions or any content uploaded to this channel, Thank You!