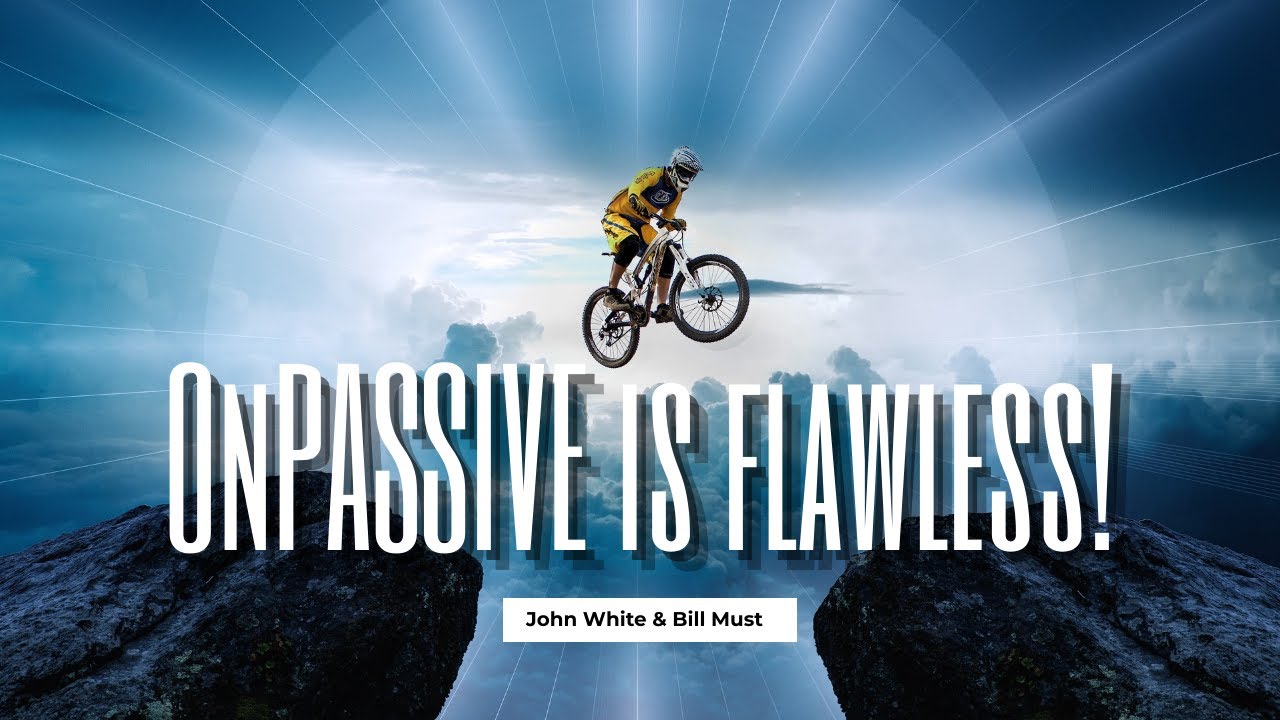 #ONPASSIVE #GoFounders #BillMust
OnPASSIVE is flawless! OnPASSIVE has withstood the illnesses of its C.E.O. Mr. Ash Mufareh and his family. OnPASSIVE has been Marching Forward not Backwards. To the dismay of Naysayers: This has been stinging to them! The competition was amazed that OnPASSIVE is still up and running! Not missing a single beat! That is the absolute worst news that could be happening if you are a competitor of OnPASSIVE! But it’s a joy for all Founders who were feeling bad for Mr. Mufareh and his family! He and his family are much better now, and we are thankful for that! The reason that OnPASSIVE keeps going on is that it was built and designed by Mr. Mufareh to keep going; Even without him! The infrastructure: the Love of OnPASSIVE is massive!! With systems designed to take over when another system fails! OnPASSIVE is a failed safe system, designed by Mr. Mufareh to withstand anything produced and ill-conceived by those who totally want OnPASSIVE to fail! That is not going to happen! This was a brilliant and unselfish thing that Mr. Mufareh did! He is a brilliant man: An honest person, who is consumed with having built something that will benefit humanity! That desire; to make a difference in the lives, of billions of people: is like a Burning Fire in him that cannot be extinguished! This is the fuel that Mr. Mufareh is using to keep our vision and dreams alive! It started out as Mr. Mufareh’s dream and vision: it is now the vision and dream of hundreds of thousands of founders, who feel the same way as Mr. Mufareh and his family! What an incredible feeling that he and his family must have; Knowing that they have an army of Loyal Founders marching shoulder to shoulder; collaborating with him each day! There is no greater joy than having so many feels and believe the way we founders of OnPASSIVE Believe! Add the Love and Respect that we have for Mr. Ash Mufareh and his family and the Technical Wizards in Hyderabad India: that my friends make OnPASSIVE unbeatable! What a marvelous feeling! With this dynamic producing vehicle called OnPASSIVE: We will affect a change in the lives of billions of people! That is why OnPASSIVE is bigger than any of us can imagine! Please keep on working towards the goal of helping the fatherless children and widows: and mistreated: the hopeless and the homeless and the hungry! OnPASSIVE is the greatest business ever created by an individual! It is the first and only business that is People Driven! OnPASSIVE will be a Massive Profit producer: but that Profit will not be given to just a select group of people! Mr. Mufareh and his family have vowed to share the wealth produced by OnPASSIVE with the founders in OnPASSIVE! How sweet is that! The Founders will then take care of home first: Then the resources will not trickle down to the masses: but it will Torrentially flow to those who are crying for help! Other companies could do the same thing that Mr. Mufareh and his family are doing with OnPASSIVE! They will not do that because they do not have the Heart and the Desire and Love that Mr. Mufareh and his family have! That Love and Compassion flowing through the bloodstream of Mr. Mufareh and his family is one-of-a-kind! Something that cannot be duplicated: because the love and desire are not there with the owners of other companies; they cannot do that! Mr. Mufareh and his family are Treasures: Our Treasures! We Love you Deeply! Thanks to you: We Are All Winners!!

————————–
Please ask for permission before using any content created by Bill Must Productions or any content uploaded to this channel, Thank You!