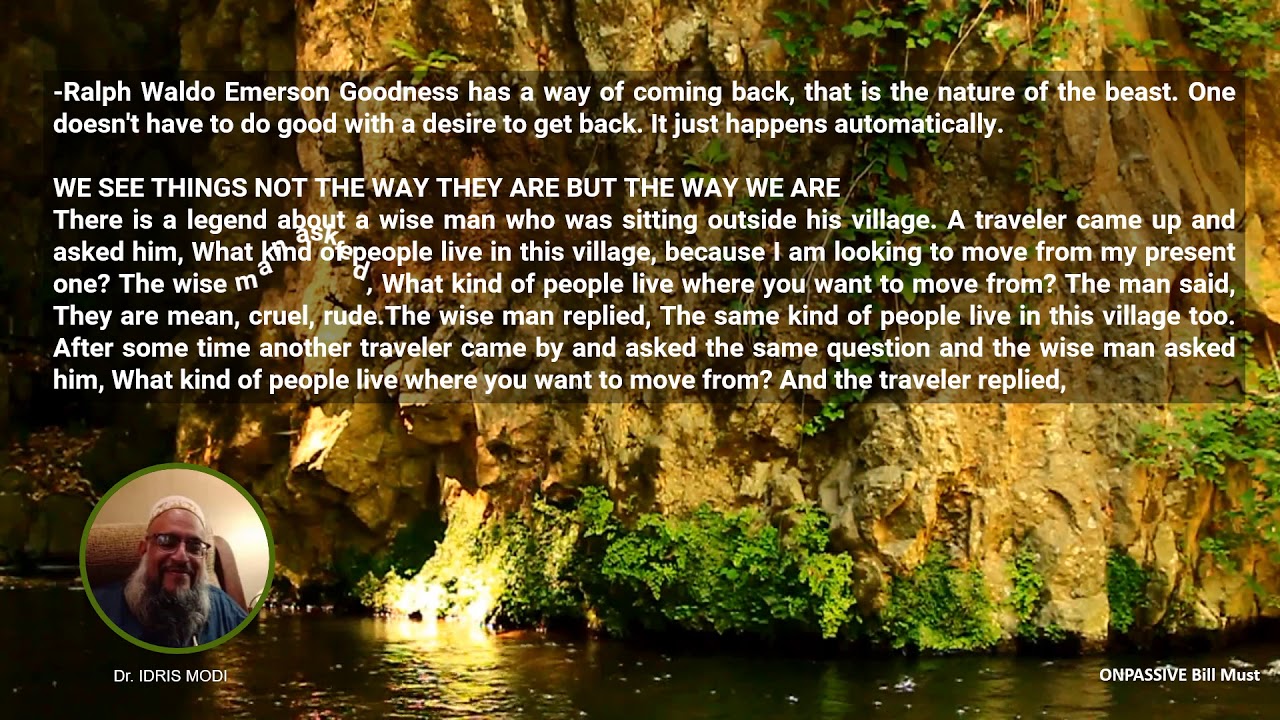 #ONPASSIVE TEACHES US LIFE IS A BOOMERANG – Dr IDRIS MODI

Boomerang is a curved flat piece of wood that can be thrown so that it will return to the thrower, traditionally used by Australian Aborigines as a hunting weapon.

Whether it is our thoughts, actions or behavior, sooner or later they return and with great accuracy.

Treat people with respect on your way up because you will be meeting them on your way down.

The following story is taken from The Best of Bits & Pieces.
Many years ago two boys were working their way through Stanford University. Their funds got desperately low, and the idea came to them to engage Ignacy Paderewski for a piano recital. They would use the funds to help pay their board and tuition.
The great pianist’s manager asked for a guarantee of $2,000.

The guarantee was a lot of money in those days, but the boys agreed and proceeded to promote the concert.
They worked hard, only to find that they had grossed only $1,600.
After the concert the two boys told the great artist the bad news. They gave him the entire $1,600, along with a promissory note for $400, explaining that they would earn the amount at the earliest possible moment and send the money to him. It looked like the end of their college careers.

No, boys,replied Paderewski,that won’t do.Then, tearing the note in two, he returned the money to them as well. Now, he told them, take out of this $1,600 all of your expenses and keep for each of you 10 percent of the balance for your work. Let me have the rest.

The years rolled by. World War I came and went. Paderewski, now premier of Poland, was striving to feed thousands of starving people in his native land. The only person in the world who could help him was Herbert
Hoover, who was in charge of the US Food and Relief Bureau. Hoover responded and soon thousands of tons of food were sent to Poland.
After the starving people were fed, Paderewski journeyed to Paris to thank Hoover for the relief sent him.

That’s all right, Mr. Paderewski , was Hoover’s reply. Besides, you don’t remember it, but you helped me once when I was a student at college, and I was in trouble.

It is one of the most beautiful compensations of life that no man can sincerely try to help another without helping himself.
–Ralph Waldo Emerson

Goodness has a way of coming back, that is the nature of the beast. One doesn’t have to do good with a desire to get back. It just happens automatically.

What is the moral of the story?
Generally we see the world not the way it is but the way we are. Most of the time, other people’s behavior is a reaction to our own.