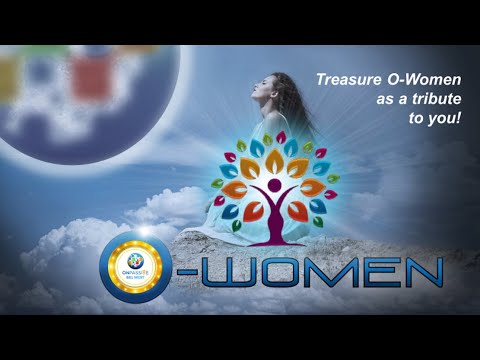 #ONPASSIVE #GoFounders #AshMufareh
OnPassive keeps letting the whole world know about those who have been ignored, forgotten, left behind to fend for themselves! All products of OnPassive are built to help those in need! OnPassive is going to help all who need help! 50 plus products will get the job done! But in his infinite wisdom; Mr. Ash Mufareh has just included in the OnPassive platform: O-Women! What a stroke of love and recognition for the women of the world to be the most essential part of OnPassive! O-Women is not a product made for profit. It is the essence of the segment, of humanity, that has always been with us; but never praised as that significant! OnPassive has now changed all of that! Women have always been the silent partners of the men: Who got the praise for accomplishments that were credited to them: Who were inspired by the beautiful, talented, gifted, intelligent women behind them! Women are helping to benefit humanity! Now they have a platform expressly created for them. To showcase their extraordinary gifts to the world with the power of OnPassive! Now their voices can be heard by the masses of Humanity! Mr. Ash Mufareh is a very loving and compassionate man who listens to women! Not only listens but learns from women! The idea of O-Women came from his Listening to women in OnPassive pouring out their heartfelt ideas to him, and he went to work implementing their ideas! What other man in Mr. Mufareh’s position would do that? The answer is no one else! OnPassive , under the direction of Mr. Ash Mufareh, is the only company that is elevating women to their rightful positions! O-Women will do that! The old expression of; behind every good man there is a good woman; is no longer the case! O-Women says on the Side of a good man; is a good woman! The intuitive nature of women is compelling, loving, thoughtful, caring, energetic, vibrant and Most of all Brilliant! With O-Women heading and leading the charge; OnPassive will open more doors; to women who have had no way to show the world how they feel about humanity! Truly O-Women is a not-for-profit, but a people forum; built for all women who have not been recognized as major contributors to the world. Women of the world: This is your gift! Use it and love it! Treasure O-Women as a tribute to you! It is Comforting and reassuring that wherever OnPassive goes all over the world: women will be recognized as the driving force that will make OnPassive the best and Largest company ever created! Thank you Mr. Ash Mufareh for listening and making it happen for women all over the world!